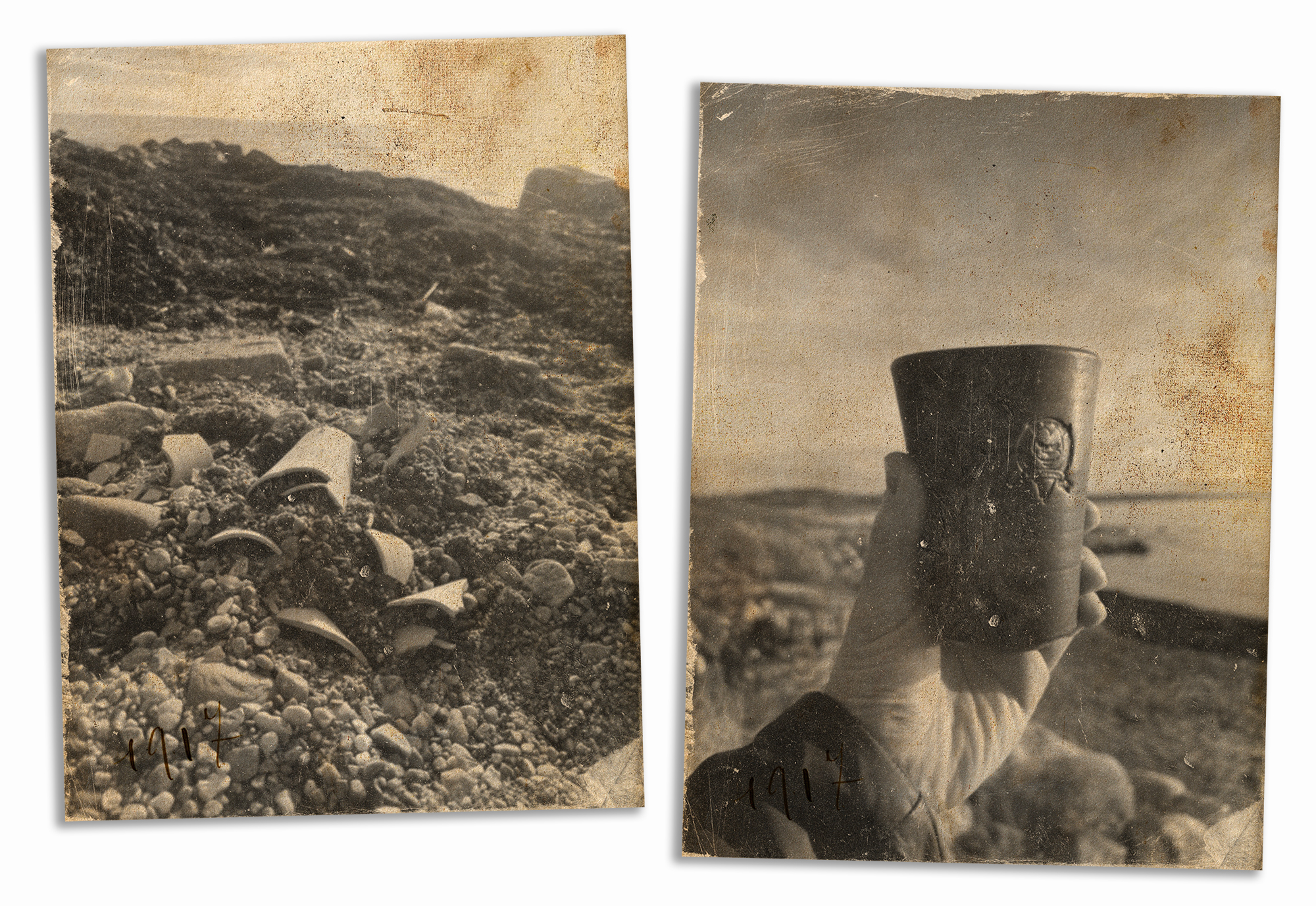 01 Nov KULLABERG IS A MYTCHICAL PLACE

Behind the legends, there are many interesting tails and facts.

In the archaeological research community, however, the ceramic finds are the most widely known, not least through Oscar Lidén’s attention-grabbing inventories and publications in the 1940s. On an unknown site ”Bräcke No 11”, the farmworker Jöns Petter Wickman found parts of a Viking treasure on three separate occasions when he was ploughing the ground between 1876 and 1877.

The site contained 117 pieces of silver jewellery and about 130 coins. The coins consisted of 125 Arabic coins, one English coin and one Nordic coin from the period between 940-960 AD.

The English coin was particularly interesting which led to Erik Karlsson leading an excavation on the mountain with English archaeologists. They were all stunned to find shards of an undated communion-like grail. According to history, King Arthur’s knights sought to gain wisdom and immortality, and the link between the knights of the mountain and English history was obvious.

Later scholars suggest that the very search for the grail could also be a test of wisdom and endurance to bring new knights into the inner circle. A kind of entrance test, they say, for only the most worthy.

So, the grail found in 1917, crushed by the ravages of time, is maybe another link to the legend of the Kullamannen. It looks like we have brought the legacy of the famous competitions on the mountain to the 1000-year-old tradition of Kullaberg

Today an identical replica of the grail is produced by Mölle Krukmakeri.

History never ceases to amaze us.

On 4-5 November it is time for a new adventure.